Home / Kits for a Cause / Kits Partners / Moon Time Sisters

Moon Time Sisters was created by a woman named Nicole White in January 2017. She learned about the hardships of accessing affordable femme care products that some of the younger women were facing in northern communities. Nicole reached out to her community for support and began the journey of Moon Time Sisters. The Saskatchewan chapter currently supports approximately 15 northern communities.

The Ontario chapter was created by Veronica Bairos in March 2017. After learning about the initiative from articles and interviews with Nicole, Veronica reached out to the Saskatchewan chapter and began to take steps towards building a chapter based out of Toronto. Currently, MTS-ONT supports 4 northern communities who have the challenge of access to supplies due to high prices (a small package of tampons in Attawapiskat costs $18) and lack of support. Supplies such as pads, tampons, menstral cups and cloth pads are gathered and shipped to high schools, community centres, women’s shelters and local health centres.

MTS-ONT runs two drives per year; in the spring and fall. They also collect throughout the year and will send up shipments once enough products have been gathered.

If you would like to get involved in a kit packing event for Moon Time Sisters call us toll-free at 1-877-868-5655 or email Jody Steinhauer at [email protected].

Are you a not-for-profit? Receive a FREE case of donations through our Full Circle Donation Program 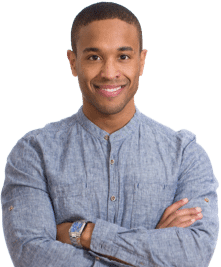