MEDIA ALERT DEATH SHOWS NO MERCY TO GTA HOMELESS TORONTO – JUNE 10, 2019 – The numbers are staggering. On any given night, over 9,200 people in Toronto are homeless. In 2018, 91 deaths were reported among the city’s homeless community, putting the death rate among this most vulnerable group at an average of 1.8 […] Read More 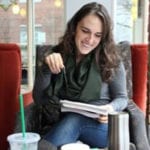 What cause are you passionate about and how do you take action on it? We want to understand if the candidate is not only a role fit but if they’re a culture fit. As a social enterprise, we’re for profit, for purpose, therefore if they aren’t actively passionate about a specific cause, then they will […] Read More